After we lost Lentil, a number of people who’d experienced miscarriage but already had a healthy child told me they imagined it must be harder to lose your first. It was to some extent a strange type of conversation in which neither party could give a particularly meaningful answer as neither party had experienced the other’s circumstances. 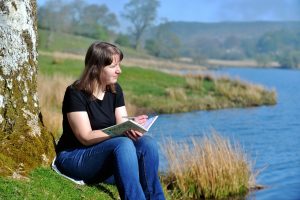 But now I’ve experienced both. I’ve lost my first child to miscarriage and I’ve lost my third. So I thought I’d share some of my thoughts on how the two compare and contrast in case it helps someone else’s understanding or resonates with someone who’s been there.

Before I do, I must highlight one important thing, and that is that no two people’s experiences will be the same. Just because something has been a certain way in my experience, it doesn’t mean the same will necessarily apply to any other person in a similar situation. It’s like the analogy I’ve seen so many times regarding the ongoing coronavirus pandemic; we’re going through the same storm but we’re not all in the same boat.

So, with that caveat firmly in place, I’ll look at the following question: Has losing my third child been easier than losing my first?

And immediately I note one crucial thing, and it’s a thing that I think applies to all miscarriages. That thing is that the question simply cannot be answered because it’s not that simple. There are too many variables. Though I firmly believe that the babies involved in all pregnancies are equal in their value, the pregnancies themselves can be vastly different in terms of their circumstances, our life experiences, even our strength and resilience. In that sense, it’s impossible to compare.

But it is possible to draw out some observations that I think might be relevant to other people’s experiences are well as mine.

When it was suggested to me that experiencing miscarriage with a first pregnancy might be harder than experiencing it as the parent of an already-living child, I think the reasoning was around the fact that, if you already have a child, you don’t have the added dimension of wondering whether you’ll ever manage to bring a child to birth. You know you have the potential to be see a pregnancy through to successful completion because you’ve already done it’s a level of reasoning that’s hard to argue with, although one could argue that that added dimension is less about the miscarriage itself and more about wider fertility.

But, that aside, I have some more practical observations about the differences that I think are worth raising.

Losing Pip, things are so much different. We’ve got Charlotte to care for. Whether we’re happy, sad, on top of the world or feeling like it’s just come crashing down around us, Charlotte still has needs that we must meet. And parenting a 16-month-old toddler is, as anyone who’s done it will know, a time-consuming task. Where with Lentil we could sit, think, talk, read, distract ourselves with crappy TV…with Pip we don’t have that option.

So are we dwelling less on losing Pip than we did on losing Lentil? And if we are, is it because the loss is easier this time around or is it because we simply haven’t got the time to dwell on it? Honestly, I can’t give you an answer.

It made me wonder, though. It made me wonder whether, in some cases, people who lose a baby when they already have one or more living children to care for actually don’t fully process or work through the grief of their experience purely because the realities of their lives mean they don’t have the time or space to do it. I don’t have an answer other than that I can see it is a definite possibility and a concerning one at that.

From my point of view, there’s no doubt the experiences of my two miscarriages have been different but it’s broader than being based simply on the ordinal number of the pregnancy.

Our first pregnancy followed a long time of trying to conceive. The positive test result was something we’d been waiting a long time to see. Our first miscarriage was like being thrown back to square one.

Given the length of time it took us to conceive initially, and the fact that it took a referral to a gynaecologist to enable us to conceive Charlotte, our third pregnancy was somewhat unexpected. We wanted to add to our family but we didn’t expect to do so without the same kind of assistance that helped us have Charlotte.

Falling pregnant with Pip was a surprise. It was a pleasant surprise but it was one that brought a whole lot of uncertainty. We knew enough about the workings of my body to know that another loss was a very real possibility. Our excitement was coupled with a cautious, wait-and-see approach. And we didn’t have to wait long to see that that approach was a sensible one.

But, all circumstances, life experience and repetitious happenings aside, the reality is that we have lost two of our three babies. Those two babies were and will always remain equally loved and valued. Charlotte has lost both her older sibling and her younger sibling. Both will have equal importance as she grows to understand their place in our family.

Each longed-for-but-lost baby represents the crushing of dreams, of expectations, of mental pictures of how that baby – not just “a baby” – would fit into family life. Each brings new dates on the calendar that have the potential to resonate each year – due dates, loss dates…

Every loss is different, yes. But is one harder or easier than another? I’m not sure anyone can ever categorically say.

Sarah Moore is the author of For the Love of Lentil, A journey of longing, loss and abundant grace, which tells the story of her experience of pregnancy and miscarriage. Copies of the book are available here.

*As an Amazon Associate I earn from qualifying purchases.